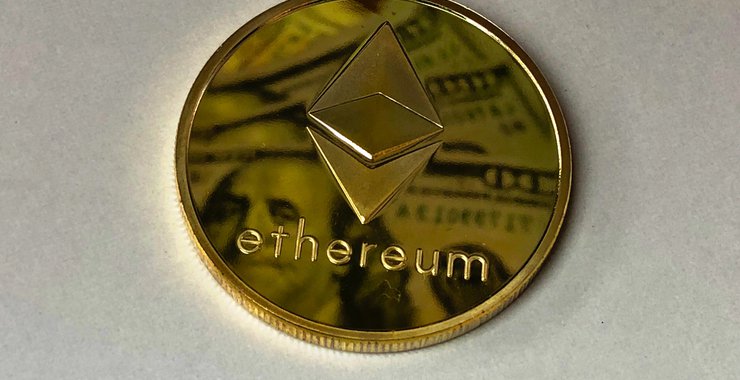 Optimistic Ethereum Versus Polygon: Which Will Scale Ethereum Better?

Summary: Ethereum has a scaling problem: Transactions on the network are slow and can have incredibly high costs, sometimes upwards of $100 to use a decentralized exchange. Fortunately Optimism and Polygon plan to help scale Ethereum, but each solution has their own method, pros, and cons.  Ethereum’s goal is to be the world computer that the ...

Ethereum has a scaling problem: Transactions on the network are slow and can have incredibly high costs, sometimes upwards of $100 to use a decentralized exchange. Fortunately Optimism and Polygon plan to help scale Ethereum, but each solution has their own method, pros, and cons.

Ethereum’s goal is to be the world computer that the next generation of the internet uses as its backbone. Unfortunately, this cannot currently be a reality due to the slow amount of transactions per second, or TPS, that Ethereum can handle. On average, the blockchain can handle 20 TPS, which is significantly less than the amount needed if the entire world one day wanted to use Ethereum. Ideally, the fees for sending transactions on the network would be pennies, but due to the high congestion due to the thousands of dApps, tokens, and DeFi protocols built on the platform, fees have been incredibly high lately. In some cases, it can cost hundreds, if not thousands, of dollars to interact with a smart contract. These costs are unacceptable for a platform that wants to be usable by everyone.

Fortunately, Ethereum 2.0 plans to mitigate these problems by introducing sharding, an innovation that will allow the network to scale to over 100,000 TPS. However, this will not be available until 2022 at the earliest, so a solution is needed as soon as possible to ensure that other smart contract platforms, such as Binance Chain and Cardano, don’t overtake Ethereum’s spot as the main smart contract platform.

Polygon, formerly Matic Network, is one of the largest projects with a mainnet release that is helping to scale Ethereum. When they released in 2019 as a Binance Launchpad offering, they implemented the Plasma scaling solution, which was co-authored by Vitalik Buterin, creator of Ethereum. Plasma was designed to make transactions less data-intensive on the main Ethereum chain, leading to reduced costs. Now, Polygon not only offers Plasma, but also completely unique blockchains that can be interoperable with other Polygon chains and Ethereum itself. This offers greater flexibility and security for projects that are looking to be a part of the Ethereum ecosystem, but do not want to have to rely on Ethereum for security or transaction processing. This new feature makes them not only a viable option for scaling Ethereum, but also being an “internet of blockchains” like Polkadot or Cosmos.

The main Polygon chain is proof of stake, and holders of the MATIC token help to secure the network. The MATIC token has seen impressive gains over the past year, but is a speculative hold: if something happens to Polygon, or they become an irrelevant scaling solution, the token will plummet in price, along with the security of the network. 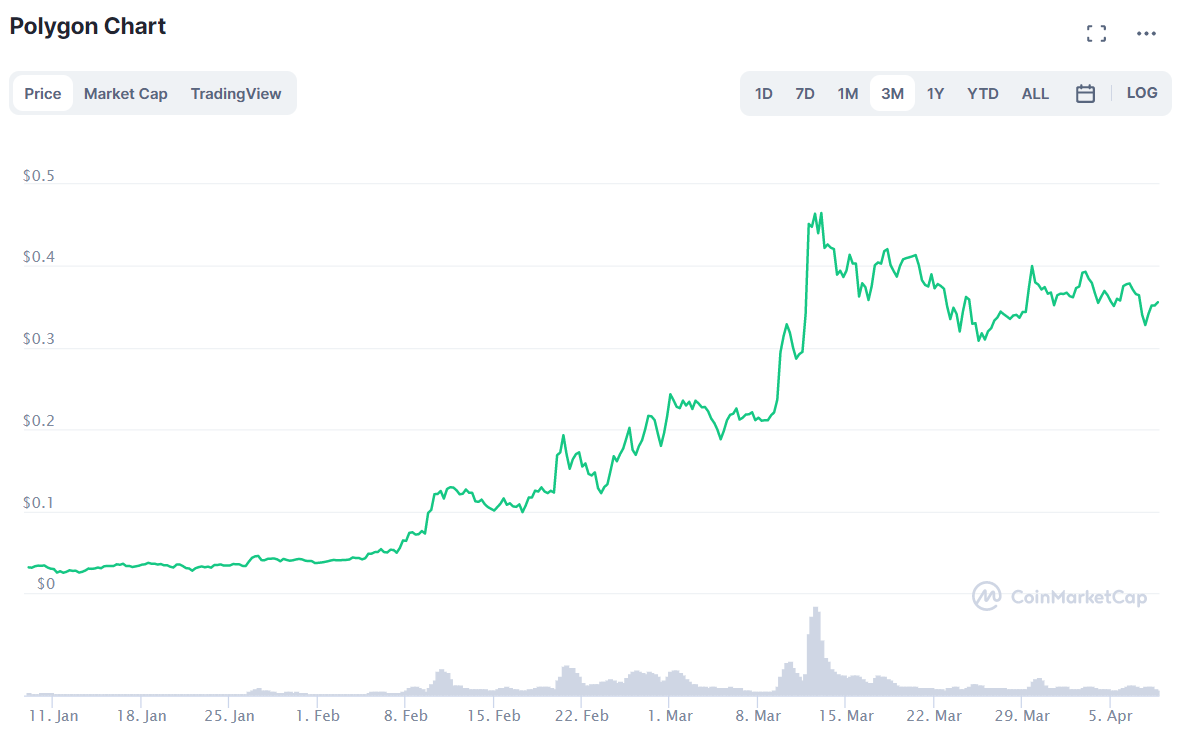 The Polygon mainnet has been live since May 2020, and as a result they have already experienced adoption from many dApps interested in scaling. Some of the biggest include the DeFi protocol Aave, NFT platform Aavegotchi, and casino Decentral Games. They can handle nearly 65,000 TPS, over thirty times more than Visa, which handles 2,000 TPS, and they boast that the transaction cost is 1/100th of Ethereum’s. 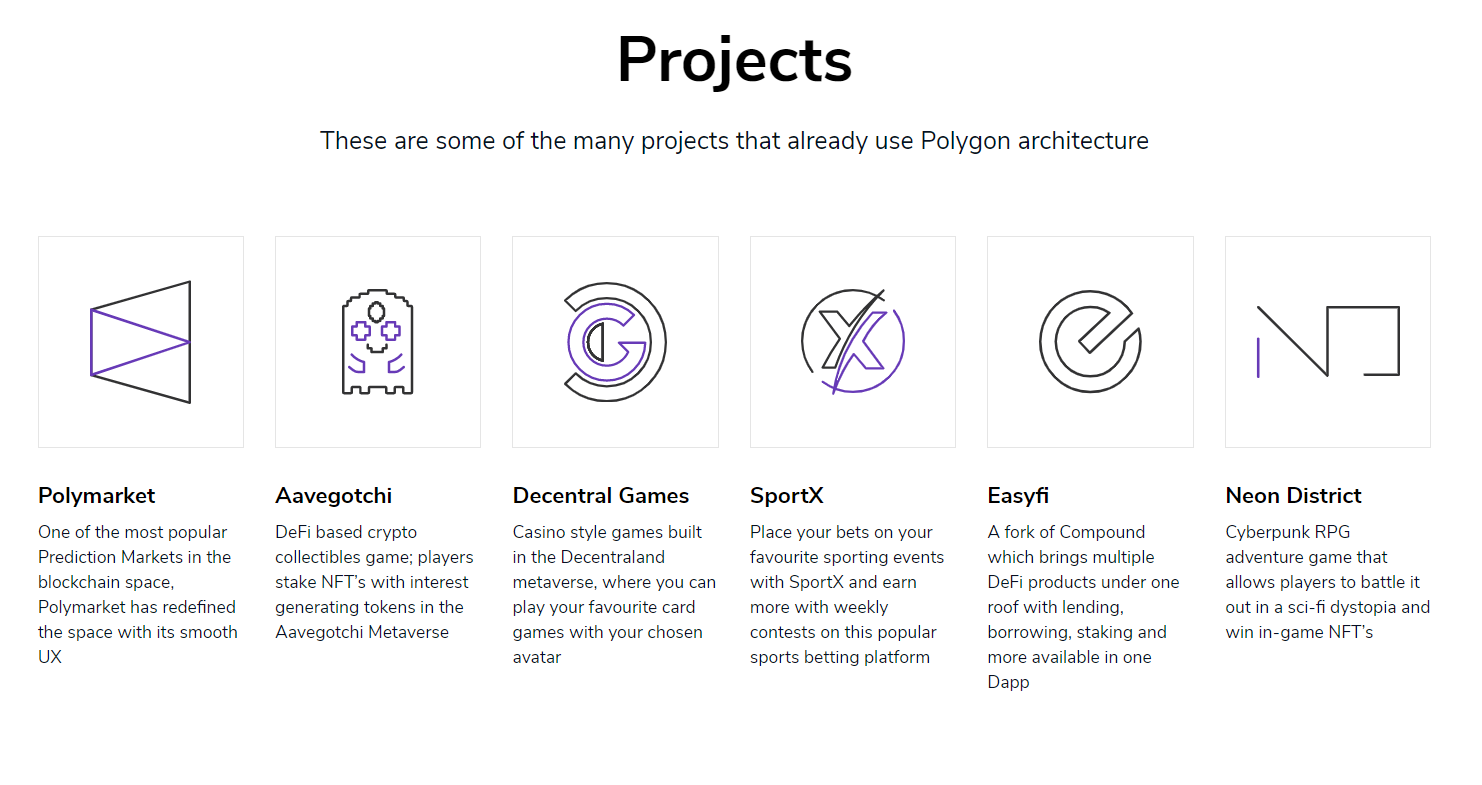 Another project making headlines recently is Optimistic Ethereum, created by the company Optimism. Instead of using a different blockchain like Polygon, they are creating an application “inside of Ethereum that executes transactions more efficiently than Ethereum itself.” It uses Optimistic Rollup technology, which essentially “rolls up” transactions into single blocks, then publishes those blocks to the Ethereum mainnet. By taking hundreds of transactions and bundling them together, users save on fees and time, as Optimism estimates that transaction speeds will be 200 TPS or higher. It also has native smart contract functionality, so anyone who has an Ethereum smart contract can easily port it to Optimism. In fact, Uniswap already built a demo showing the capability of Optimistic Rollups, called Unipig. It was capable of handling 250 TPS and had extremely low fees.

There is no Optimism coin, and the security of Optimistic Rollups is guaranteed for as long as Ethereum itself is secure.

Even though Optimism is not releasing their application until July 2021, there is already a lot of hype around the project, and they have many partners jumping onboard, including Uniswap, Synthetix, and potentially Coinbase.

The main drawback of the Optimistic Rollup application is that there is a week-long waiting period in between the time that users withdraw their funds and are able to use them on the Ethereum mainnet. This is done to ensure that there are not any malicious transactions, and if there are, they will be stopped before they are sent to the blockchain.

Both projects have made incredible innovations in helping to scale Ethereum and making it usable by the masses. However, there is one major disadvantage to having two different scaling solutions: they are not interoperable. If someone wanted to use Optimism to complete a cheap Uniswap transaction, then deposit those tokens into Matic’s Aave smart contract, this would not be possible without interaction with the mainnet, which may be expensive and time-consuming. The competition between multiple scaling projects may encourage them to innovate, but unless they both are capable of supporting the same dApps, users will have to deal with the hassle of switching around from solution to solution.

Regardless of which solution becomes the main platform for scaling, the real winner of the battle between scaling solutions will be the users and developers who have the ability to use Ethereum as intended, and help make Ethereum achieve its goal of being the future of the internet.