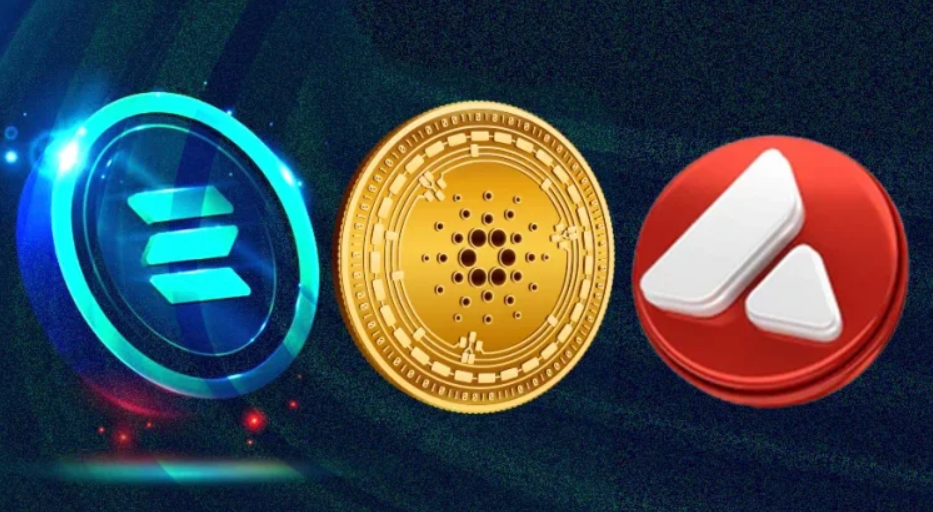 What Will Happen to Avalanche, Solana, and Other Chains When Ethereum Scales?

Summary: Ethereum scaling solutions are becoming increasingly prevalent as Layer 2s like Arbitrum and Optimism continue to be developed and adopted. When this happens, the use case for alternative layer 1s, such as Avalanche, Solana, Binance Smart Chain, and Cardano will decrease significantly, as there will be little benefit to using those chains over Ethereum. However, ...

Ethereum scaling solutions are becoming increasingly prevalent as Layer 2s like Arbitrum and Optimism continue to be developed and adopted. When this happens, the use case for alternative layer 1s, such as Avalanche, Solana, Binance Smart Chain, and Cardano will decrease significantly, as there will be little benefit to using those chains over Ethereum. However, they still may be able to find a niche in the market.

For the past two years, Ethereum has had an issue with network congestion. Using the network in any capacity, even for a simple Ethereum transaction, can cost upwards of $5, and a decentralized exchange swap can cost more than $100 at peak times. In response, projects like Binance Smart Chain and Solana began to pop up as an alternative to Ethereum with lower fees and higher transaction throughput. 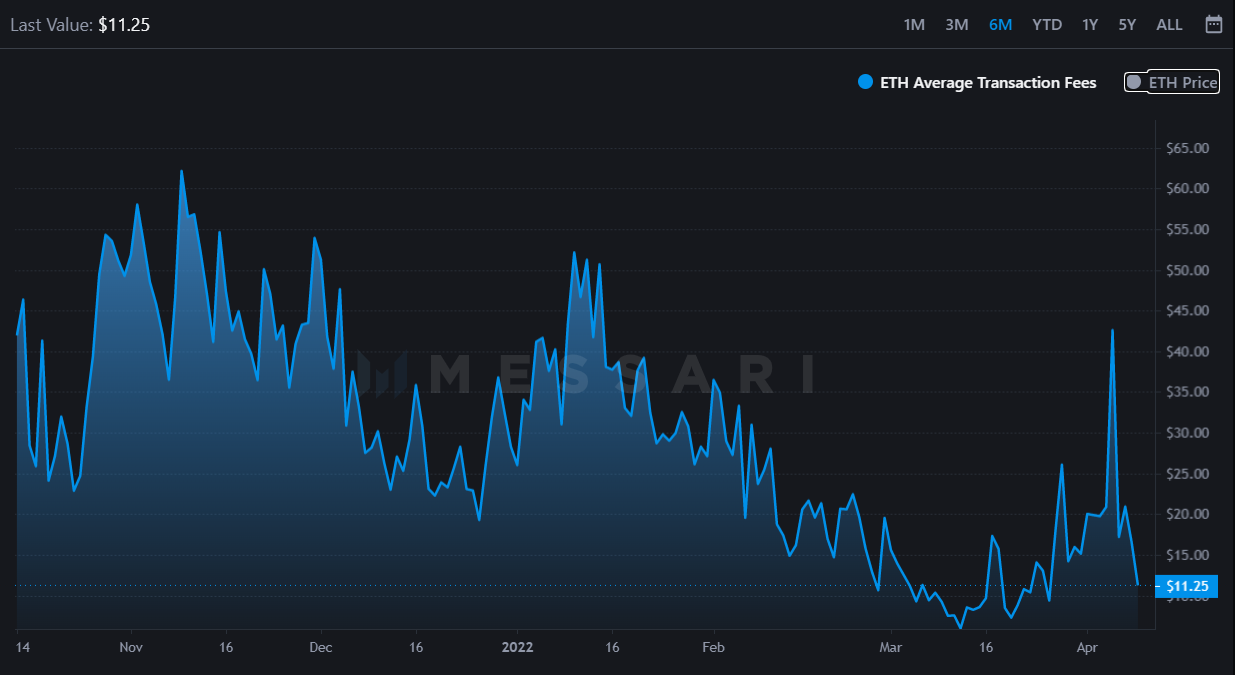 Although these alternatives gained massive popularity and huge market capitalizations, their speed came at a cost: centralization. Binance Smart Chain has only 21 validators confirming transactions, which makes it incredibly centralized. For context, Ethereum 2.0 already has 355,000 validators, making it by far the most decentralized blockchain to date. Even though it may seem like centralization does not matter, an outage on a small number of outages could bring down the BSC, or the validators could collude to initiate an attack on the chain. 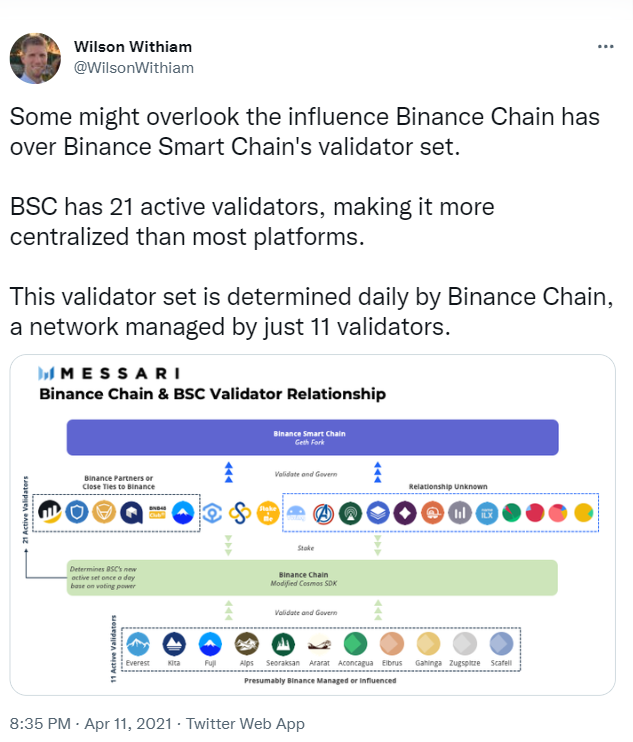 Even with its high fees and slow transaction times, Ethereum has the highest total value locked of any blockchain by a wide margin, making it enticing for both developers and users alike. Developers are drawn to the chain due to the high volume of money being transacted, which means their protocols are likely to generate more profit. Users are able to take advantage of a plethora of DeFi options and applications with high liquidity, meaning that price slippage will rarely be an issue. This trend of developers and users moving to Ethereum is cyclical, and will only be exacerbated when high fees are no longer an issue.

With all that being said, are all other chains destined for irrelevance as users bridge back to Ethereum? Likely some, but certainly not all. There is more than enough room for a few smart contract blockchains to dominate the space, especially if each chain finds its own niche. For example, Terra has thus far been a blockchain primarily focused on DeFi and its stablecoin, UST. It has a suite of apps related to using UST for a variety of use cases, including trading for mirrored stocks, earning a 15% interest rate, and exchanging it for other coins. Even if Ethereum completely dominates all other chains, Terra will still have a use case due to its unique dApp portfolio. 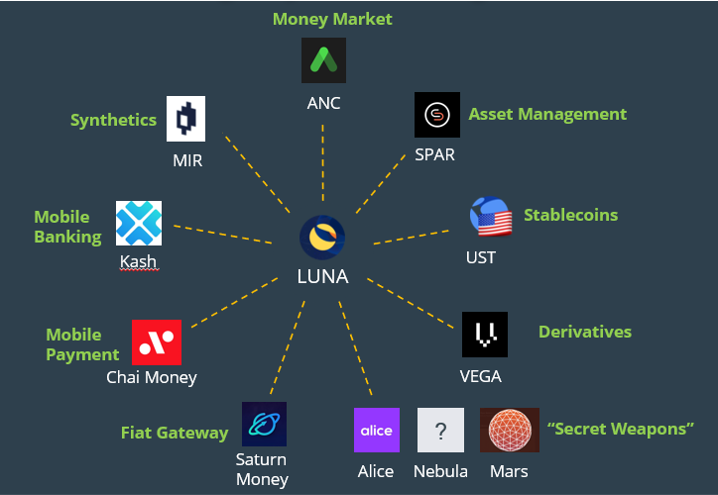 Other chains likely to survive are those that do not share an architecture with Ethereum. All of Ethereum’s dApps are run on the Ethereum Virtual Machine, or EVM. Some of the most popular blockchains which also take advantage of the EVM include Avalanche, Binance Smart Chain, Fantom, and Harmony. This is why dApps like Aave and Uniswap are able to easily port to other chains with very few changes to their code. Other popular blockchains, like Solana, Cosmos, Algorand, and Cardano, do not use the EVM or the Solidity programming language. Although this may be a drawback now, as it means there are fewer developers on their chains, it may be their saving grace in the future, as it allows for unique dApps to be built on their chains that cannot be as easily built on EVM-based chains. For example, Cardano uses the Haskell programming language, which is safer and has formal verifiability to ensure that there are not any obvious exploits in the code. This could be better suited for enterprise and commercial applications, where safety is the number one priority.

Even though other chains may have their use case, therefore value, diminished when Ethereum emerges as a decentralized and scalable smart contract platform, a niche in a specific market could save them from falling into obscurity. Time will tell which chains will be able to find their place in the market, but those with unique features and partnerships are the ones most likely to stand the test of time.

Last Update:
Tags: Avalanche,Binance,BSC,Cardano,Ethereum,Solana
Link: What Will Happen to Avalanche, Solana, and Other Chains When Ethereum Scales?   [Copy]