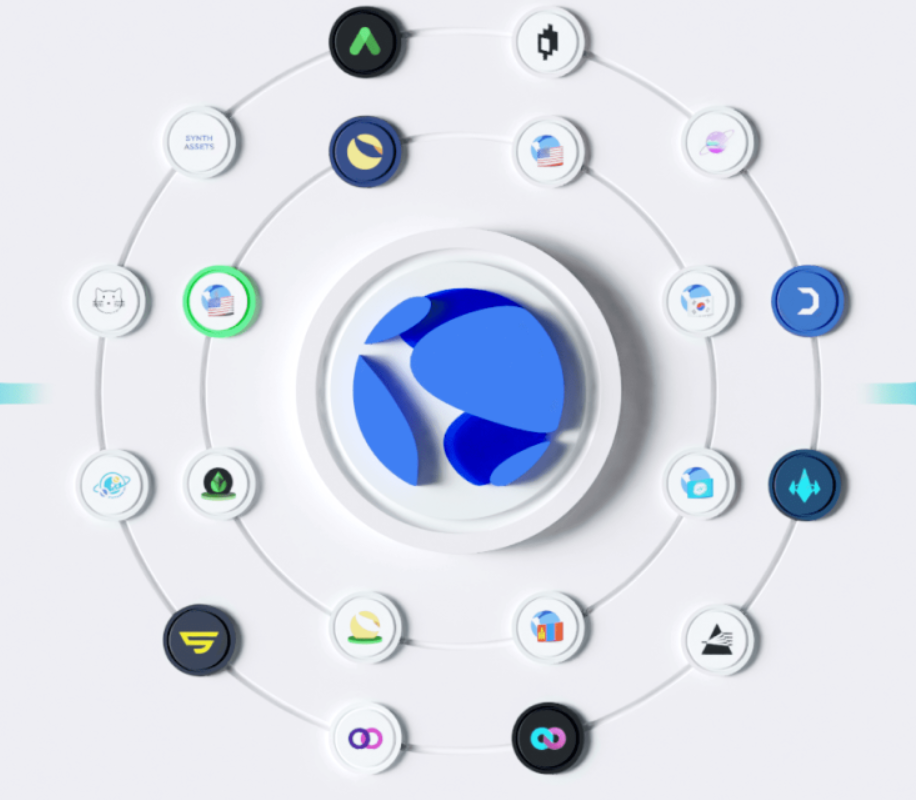 What Will Happen if UST Never Recovers its $1 Peg?

Summary: UST, one of the world’s biggest stablecoins, is facing a run on the bank and is currently depegged from the dollar. If it never recovers, it will represent almost $40 billion wiped from the cryptocurrency market cap and could have a domino effect felt across the Terra ecosystem and cryptocurrency in general. Before the mass ...

UST, one of the world’s biggest stablecoins, is facing a run on the bank and is currently depegged from the dollar. If it never recovers, it will represent almost $40 billion wiped from the cryptocurrency market cap and could have a domino effect felt across the Terra ecosystem and cryptocurrency in general.

Before the mass selloff and depegging, the Terra ecosystem was the second-biggest smart contract platform with almost $22 billion in total value locked. However, a mere day later, that number was cut in half to $9.4 billion, and will likely continue trending downwards. Every dApp built on Terra utilizes UST in a major way, and may not be able to function without the stablecoin at its peg. For example, Anchor Protocol is a lending protocol built entirely on LUNA and UST, Astroport is a decentralized exchange with several high-volume UST pairs, and Mirror is a synthetic stock platform that collateralizes all of their assets with UST. With UST not at its peg, all of these platforms are essentially unusable. The value that was on these dApps is simply disappearing overnight since there is no backing to UST.

Additionally, UST is used across a wide variety of chains in several different dApps. Through Terra’s bridge, UST can be used on most Tendermint chains like Osmosis, Cosmos, and Binance Smart Chain, as well as popular EVM-based chains like Polygon, Ethereum, and Harmony, among others. UST’s presence is felt across the DeFi industry and is included on popular multichain applications like Uniswap and Curve Finance. In the case of Uniswap, anyone who is providing liquidity on UST pairs will lose all their value, as they will be left holding UST and the other coin in the trading pair will be bought up. For Curve, and its liquidity pools with several different stablecoins, the same phenomenon will occur, and anyone with any exposure to UST will lose money. Additionally, holders of governance tokens on platforms where UST resides may also lose money, as the governance tokens will not be worth as much since the value that the UST provided is no longer there. This means that any investors who hold the governance tokens of DeFi platforms that adopted UST will be impacted in one way or another. 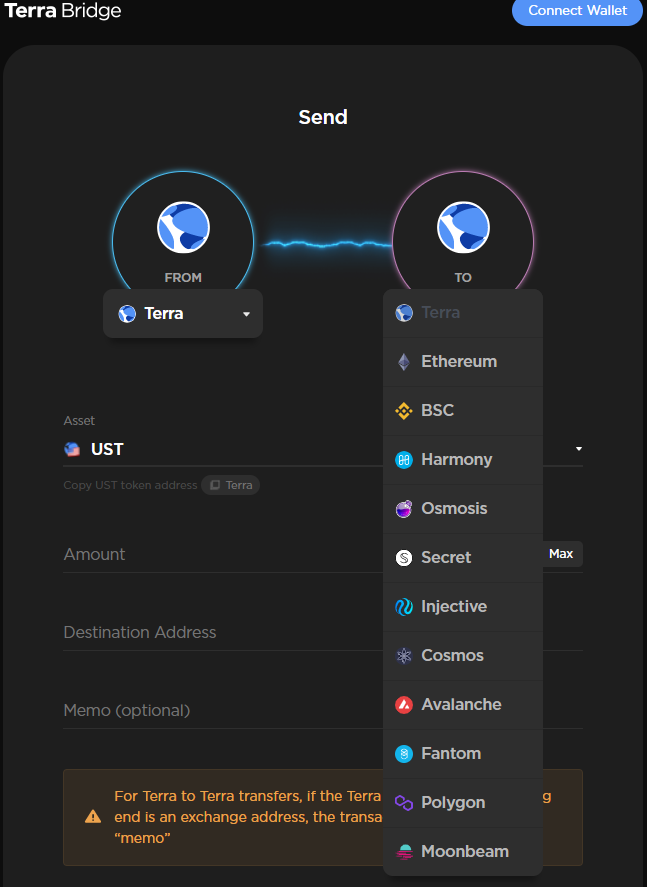 The Luna Foundation Guard, or LFG, is a non-profit whose goal is to prevent UST from depegging. To accomplish this, they utilize a $3.5 billion Bitcoin reserve to buy UST whenever the peg gets too low. With this most recent market downturn, the value of their Bitcoin treasury fell significantly, and they dedicated all $1.3 billion BTC remaining to stabilizing the UST peg back at $1. This plan has yet to be fully carried out and is yet to produce results. Regardless, the sell pressure that will be coming from selling over a billion dollars of Bitcoin will be immense if it is sold on the open market. If it is sold over the counter in an OTC trade, there will be no direct impact, but it could still cause a decline in the price of Bitcoin due to the negative sentiment it represents, and create a downward spiral for BTC and the Luna Foundation Guard’s reserves. So even Bitcoin maximalists who want nothing to do with altcoins will feel the consequences of this event.

Arguably, the largest impact that a full depegging could have on the market is the possibility that this is a catalyst event that causes regulators and governments to begin scrutinizing and heavily regulating stablecoins. In the United States, stablecoins are already a hot topic for the SEC Chairman Gary Gensler, who hopes to classify them as securities. UST could be used as an example of why stablecoins are defrauding and misleading investors, even though it is completely different than a fully-collateralized stablecoin like USDC. If stablecoins are regulated strictly, it could spell disaster for the DeFi ecosystem in the short-to-medium term, and decentralized stablecoins like DAI will be the only option for users.

Even though it appears like UST is stabilizing around the 70 cent range, and LFG and the Terra developers are ensuring people that everything will be okay, there is still a chance that the coin completely depegs. In that case, the cryptocurrency industry will be forever changed, and the short-term impacts will be devastating for everyone, from yield farmers to Bitcoin maximalists.