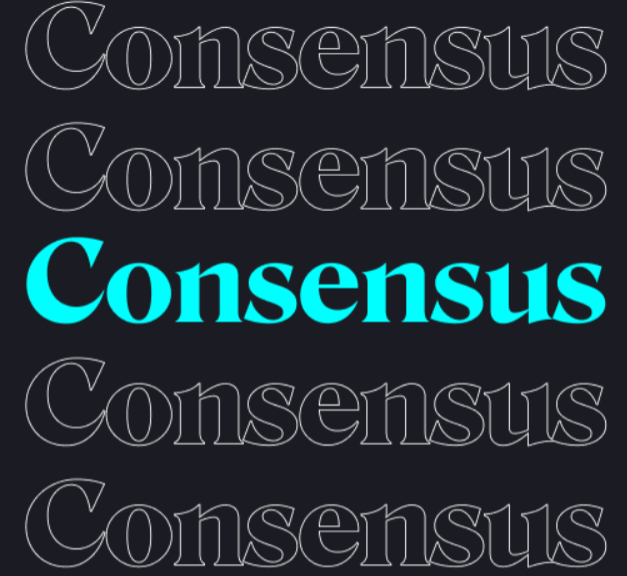 Summary: The Consensus 2022 conference kicked off in the Austin heat Yesterday at one of the world's most significant decentralized finance (Defi) conferences and expos. The Conference has featured interviews from some of the most prominent industry professionals such as Greyscale, Fidelity, and Bitwise. Fidelity CEO Strengthens Commitment to Crypto Through Bear Market In her interview ...

The Consensus 2022 conference kicked off in the Austin heat Yesterday at one of the world's most significant decentralized finance (Defi) conferences and expos. The Conference has featured interviews from some of the most prominent industry professionals such as Greyscale, Fidelity, and Bitwise.

In her interview regarding the bear market at Consensus, Fidelity's Abigail Johnson said, "I figure this is my third crypto winter. There's been plenty of ups and downs, but I see that as an opportunity." She went on to say, "I was raised to be a contrarian thinker, and so I have this knee-jerk reaction: If you believe that the fundamentals of a long-term case are really strong, when everybody else is dipping [out], that's the time to double down and go extra hard into it." 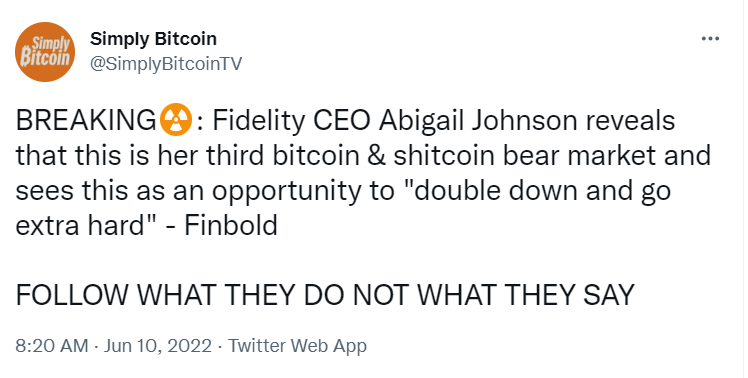 Johnson then said, "I feel awful about the value that is lost, but I also believe the industry in crypto has a lot more to come." Fidelity has been involved in Bitcoin since 2014 and is proud to admit to seeing "about 52 use cases" for the Crypto.

She also appears to grasp the long-term vision of Bitcoin when she said, "When we first started talking about it, I think if someone had suggested offering custody for Bitcoin, I'd have said 'no, that's the antithesis of Bitcoin. Why would anyone want to do that?" She even said she considered mining at one point because "I wanted us (Fidelity) to understand the whole ecosystem."

It is fantastic to see such a prominent player in the investment space trying to be so involved in this up-and-coming space, especially as this flies in the face of many of her institutional peers.

David LaValle, global head of ETFs at Grayscale, and Matt Hougan, chief investment officer for Bitwise, both expressed optimism that a Bitcoin spot ETF will be approved soon.

Both Greyscale and Bitwise have closing deadlines on an application to the SEC for a spot ETF, with greyscales expiring July 6th and Bitwise's expiring on the 29th of this month. They both shared excitement that approval is possible, in any case.

A spot ETF would streamline the opportunity for investors to gain exposure to the price action of Bitcoin without directly needing to hold any on their balance sheet. This would be a massive value add for the Crypto.