Summary: Three Arrows Capital, a Dubai-based crypto fund, is facing possible insolvency after incurring at least $400 million in liquidations, reported by The Block and Wednesday and seemed to be confirmed by one of the founders Su Zhu via Twitter.  “We are in the process of communicating with relevant parties and fully committed to working this ...

Three Arrows Capital, a Dubai-based crypto fund, is facing possible insolvency after incurring at least $400 million in liquidations, reported by The Block and Wednesday and seemed to be confirmed by one of the founders Su Zhu via Twitter.

“We are in the process of communicating with relevant parties and fully committed to working this out.”

The crypto fund also known as 3AC, was liquidated by undisclosed crypto lending firms and is currently in the midst of repaying lenders and other counterparties, according to the report.

One of the possible reasons that led to this crisis for Three Arrows, was the collapse of the Terra Network that saw their native coin LUNA, now known as Wrapped Luna Classic (WLUNC), go from $61 to virtually zero in three days. This collapse was also a part of their stablecoin’s (UST) collapse, which saw it depeg from $1 and go down to mere pennies in the same amount of time.

FatMan, a member of the Terra Research Forum, tweeted that Three Arrows Capital once purchased 10.9 million LUNAs worth $559.6 million, which is now worth $670.45. For those of you counting, that’s a $559.6 million loss.

In addition to LUNA, other tokens listed as investments on the 3AC site include Ether (ETH) and Solana (SOL), which have dropped by 77% and 90% respectively since their all-time highs, according to Bitpush Terminal data.

Furthermore, crypto reporter Colin Wu, also known as Wu Blockchain on twitter suggested that 3AC is selling its existing crypto positions to lower collateral requirements for certain positions. One of their wallets has a debt totaling $183 million.

The 3AC’s report comes amid Celsius’ troubles, which suspended withdrawals, Swap and transfers from their platform on Sunday, citing “extreme market conditions.” The crypto lender didn’t make a suggestion for when the paused activity would subside and users could once again make withdrawals.

3AC’s report and the Celsius’ troubles are just the latest challenges crypto has faced in the last month and a half, starting with the collapse of the Terra Network on May 9. Since then, the two main cryptocurrencies Bitcoin and Ether have dropped roughly $12,000 and $1,300 respectively.

As it stands, Bitcoin is currently being traded at $21,222, while Ether is valued at $1,102, according to Bitpush Terminal data.

However, not all hope is lost for investors. Despite the rough month, Bitcoin enthusiasts still predict that Bitcoin has tremendous value. Michael Saylor led the way with tweets, with one on Wednesday saying, “1 BTC = 1 BTC.” Saylor has been a long-time proponent of Bitcoin and still backs its technology and capabilities it brings to decentralized finance (DeFi).

Saylor has also made it clear that his company, MicroStrategy, does not expect to receive a margin call despite the value in Bitcoin decreasing at a staggering rate. 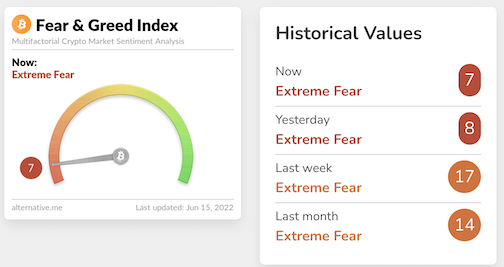 On the other hand, CEO and chief global strategist of Euro Pacific Capital Inc., Peter Schiff, estimates that Bitcoin could drop to $3,000, suggesting that if it can fall by 70% from its all-time high, it could fall another 70%.

It still remains undecided what will happen to the price of all cryptocurrencies out there, but the situation is definitely heating up as more and more companies are in the midst of financial struggle and potentially falling victim to margin calls given the recent price decreases of many popular cryptocurrencies.