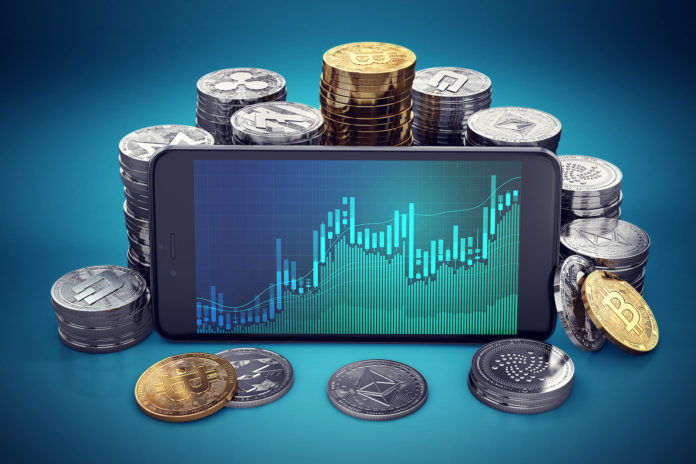 How do Problems with Crypto Companies Impact the Market?

Summary: The cryptocurrency market downturn has impacted more than just the prices of coins. Several top companies and VC firms, including Coinbase and Crypto.com, are dealing with issues like hiring layoffs, insolvency, and even potential bankruptcy. This will have a lasting and consequential impact on how the industry functions in the future. When the cryptocurrency market ...

The cryptocurrency market downturn has impacted more than just the prices of coins. Several top companies and VC firms, including Coinbase and Crypto.com, are dealing with issues like hiring layoffs, insolvency, and even potential bankruptcy. This will have a lasting and consequential impact on how the industry functions in the future.

In this most recent bear market, several top companies have been impacted in ways that will forever change how the cryptocurrency and blockchain industry functions. For example, Coinbase recently announced that they were rescinding the offers of potential employees and laying off 18% of their workforce, and Crypto.com made a similar announcement laying off 5% of their employees. Three months ago, both of these companies were incredibly confident in their future profitability and never would have thought about the possibility of laying off employees, especially since it looks bad from a marketing perspective for a tech company to struggle with generating revenue. This most recent crash will remind all companies to never get too confident in their ability to hire more employees than makes sense and will make them much more conservative in their growth plans. Though this may seem like a negative consequence, it will be beneficial for the market in the long term. The attitudes of these companies will mature, and they will take more caution in growing their business, leading to more sustainable and continued success.

Celsius, one of the top centralized borrowing and lending platforms, recently announced that they were suspending withdrawals for customers. Rumors indicate that they are currently illiquid and cannot keep up with the demand for withdrawals on their platform, and they are experiencing a “run on the bank.” As of today, it has been five days without word from Celsius, and many are worried that the company is insolvent and the $10 billion of user funds will be unable to be recovered. 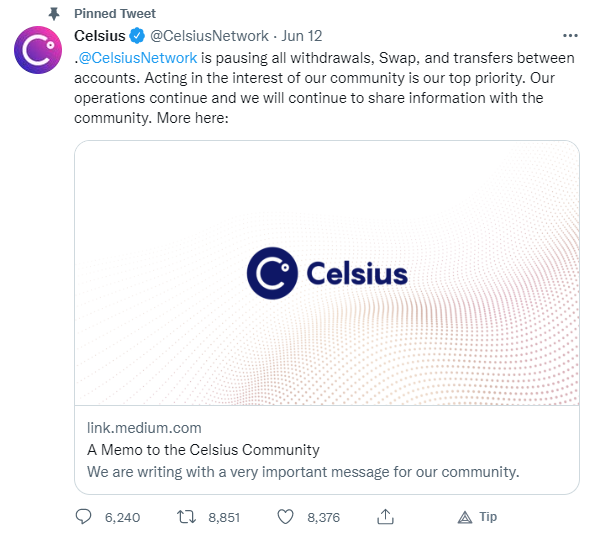 Just like in the Coinbase and Crypto.com cases, this event will make lending companies more conservative in the future and more likely to hold greater amounts in their reserves in case a run like this happens again. It may mean that the rates that companies like Nexo and BlockFi can offer are lower, but it comes at the safety of user funds. It also teaches retail investors a valuable lesson about diversifying across platforms and that if a yield looks too good to be true, it probably is.

In one of the most interesting and unexpected twists of this bear market, venture capital firm Three Arrows Capital, or 3AC, is potentially being liquidated on a $200+ million loan placed on Aave. 3AC is involved with some of the most prominent cryptocurrencies and startups in the space, including BlockFi and Solana, and has over $10 billion in assets. If their loan is liquidated, which experts suggest could happen if Ethereum reaches a price of around $1,042, it could cause a cascading liquidation event that could see Ethereum fall to sub-$1000. 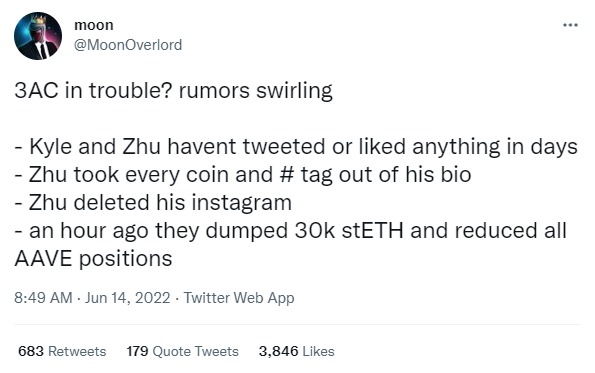 In an unregulated and volatile market like what we see with cryptocurrencies, hard lessons will need to be learned in order for the market to mature and become more resilient. With its mere 14-year history, the crypto market is like the stock market in 1806, and there are still lots of problems that companies need to figure out. Even though this is detrimental to the price and valuation of cryptos and companies in the short-term, it will provide the catalyst for a mature and stable cryptocurrency market over the coming years.