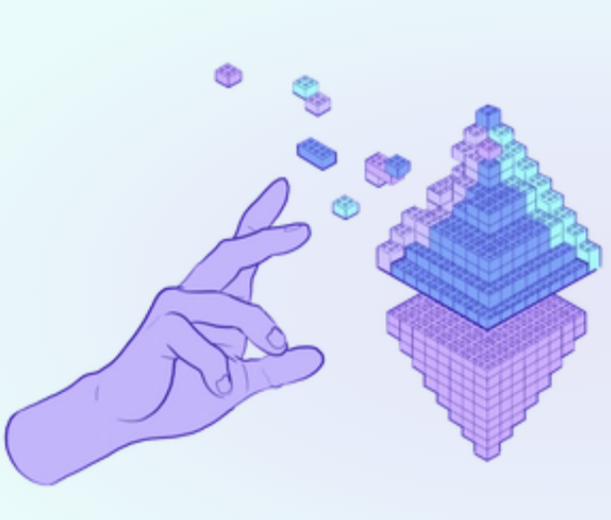 Summary: Ethereum’s Merge, the highly-anticipated upgrade that will see the blockchain transition from proof of work to proof of stake, is being hailed as one of the biggest upgrades in the history of the cryptocurrency industry and will usher in a new era for Ethereum as a modern and environmentally-friendly blockchain. Contrary to popular belief, the ...

Ethereum’s Merge, the highly-anticipated upgrade that will see the blockchain transition from proof of work to proof of stake, is being hailed as one of the biggest upgrades in the history of the cryptocurrency industry and will usher in a new era for Ethereum as a modern and environmentally-friendly blockchain. Contrary to popular belief, the Merge is not the final upgrade for Ethereum, and the multi-year roadmap detailed by founder Vitalik Buterin details exciting and revolutionary plans to make Ethereum the backbone for the next generation of the internet.

A few days ago at EthCC, an annual Ethereum conference held in Paris, Vitalik gave a 45-minute presentation detailing the longer-term vision for Ethereum and what types of development will happen after the Merge. Quite surprisingly, he noted that he believes Ethereum will only be 55% complete after the Merge, meaning that Ethereum is barely halfway to its final state. In a roadmap released last December and elaborated upon during his presentation, he detailed five different goals, each with a rhyming name, that will help Ethereum reach its end state. Let’s take a look at each of these goals and why they are significant. 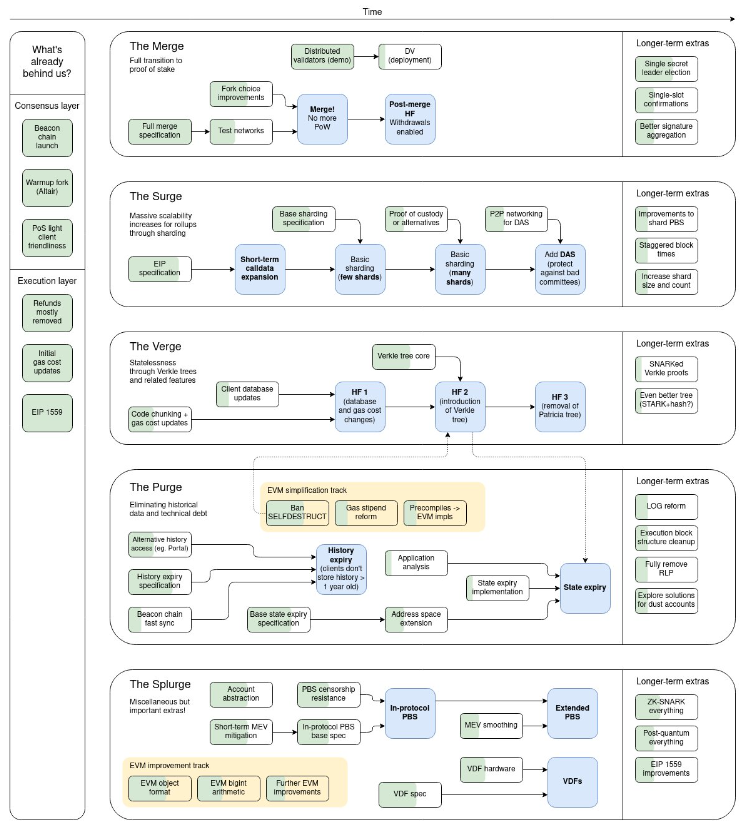 The first item on the Ethereum roadmap is the Merge, which is well underway. As previously stated, the Merge signifies the change from proof of work to proof of stake, which will make the blockchain 99.97% more energy efficient and pave the way for the other upgrades. With an environmentally-friendly blockchain, more ESG-conscious corporations and investors will feel comfortable using Ethereum, which will increase both adoption and use. Additionally, the upgrade will reduce the issuance rate of Ethereum, and it is very likely that Ethereum will become a deflationary asset. The speculated date for the Merge is September 19th, meaning that we are a mere two months away from this monumental event. Never before has a blockchain changed its consensus mechanism, and the Merge has been described as changing the engines on an airplane while it is in mid-flight. Even with this difficulty, the developers have made great progress and a successful transition seems likely.

The next item on the list, the Surge, aims to bring massive scalability improvements through sharding technology. Sharding is essentially a way to break one blockchain into several different interconnected chains, each with its own throughput capabilities. This allows for much higher throughput and, along with layer 2 rollups, could help scale Ethereum to a theoretical 100,000 transactions per second. According to the Ethereum website, sharding should come out some time in 2023 and is the next upgrade after the Merge. With the scalability issue solved, Ethereum will be able to directly compete with alternative layer 1s and its value proposition will be significantly increased.

The next upgrade mentioned, the Verge, is probably the hardest to understand without a technical background. Basically, it will introduce verkle trees, which will reduce the storage requirements for nodes, leading to more decentralization and scalability. The requirements for storage will be so small that it may be possible to run an Ethereum node without any hard drive space and instead only use RAM.

Similar to the Verge, the Purge also helps with increasing efficiency and reducing storage requirements for nodes. Today, Ethereum validators are required to download the entire history of the blockchain starting in 2014, which takes up terabytes of space. The Purge wants to change this so that clients are not required to hold more than a year’s worth of storage. This, along with the Verge, may allow for nodes to be run on smartphones, according to Vitalik.

The Splurge is a list of miscellaneous upgrades that will help improve the overall experience on Ethereum. These include things like mitigating the ability of miners and validators to front-run transactions by changing the order of transactions in a block and allowing for greater account abstraction, which will create more opportunities for developers to create interesting account management systems.

Ethereum’s development goals, if implemented, will help cement the blockchain as the main smart contract platform. This roadmap will likely take years to fully complete, and there will definitely be other changes and unforeseen upgrades that will have to be made along the way. Nonetheless, this exciting look into the future of the protocol should create excitement about the vision of Ethereum.