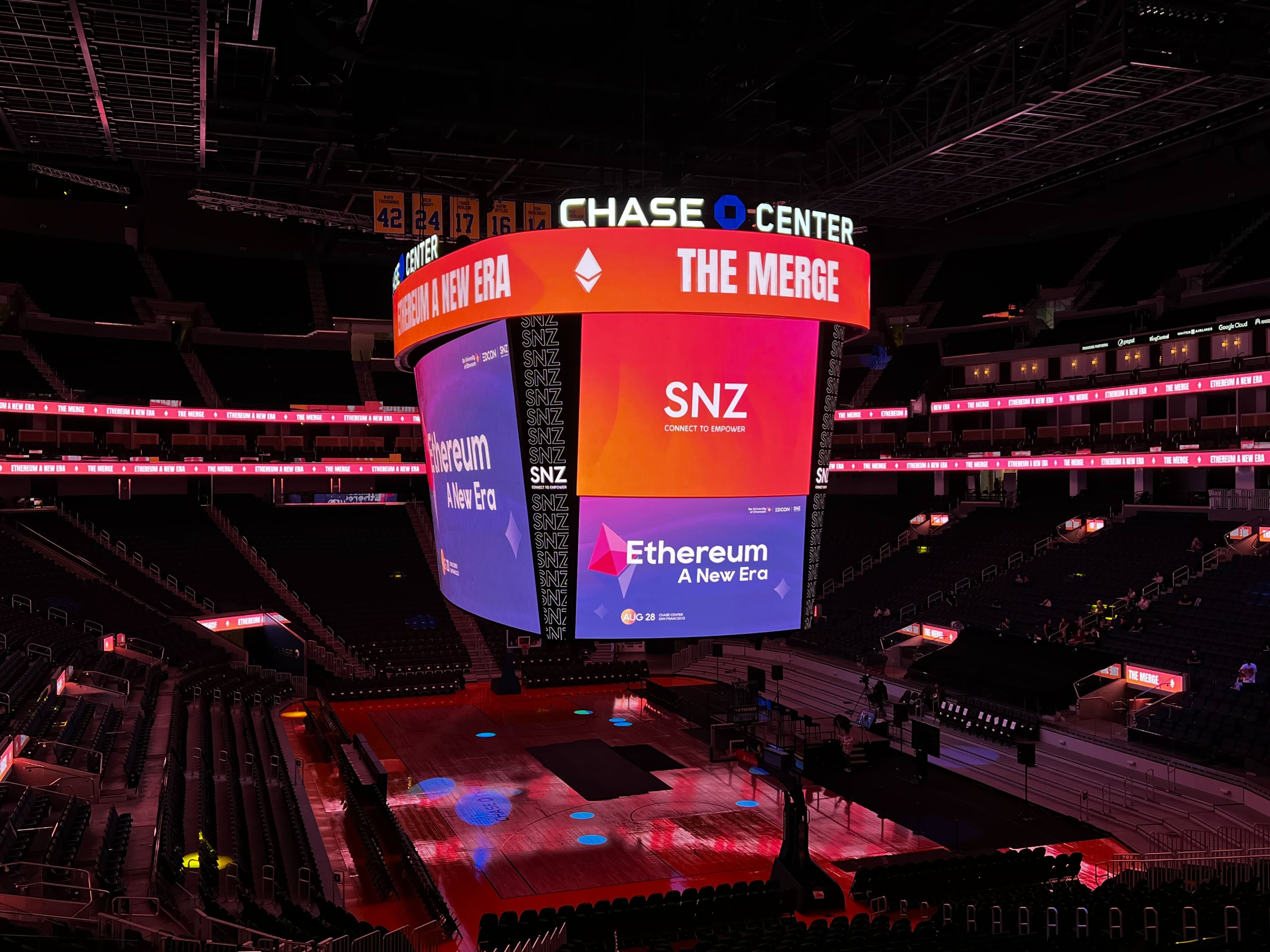 Summary: A couple of weeks ago, the Ethereum Foundation team and some special guests made an appearance at the San Francisco-based “Ethereum a New Era” event. The event covered a wide range of topics, including information about the upcoming Ethereum Merge and what will happen after, as well as thoughts about the role of the Ethereum ...

On August 28th, over 1,400 attendees gathered at the Chase Center, home of the NBA’s Golden State Warriors, to hear from prominent figures in the Ethereum community about the state of the protocol. Some of the most notable attendees included the founder of Ethereum Vitalik Buterin, executive director of the Ethereum Foundation Aya Miyaguchi, core researcher Justin Drake, and co-founder of SNZ Keith Chen. Vitalik made quite the entrance, as he came through the Chase Center tunnel wearing a green dinosaur costume. 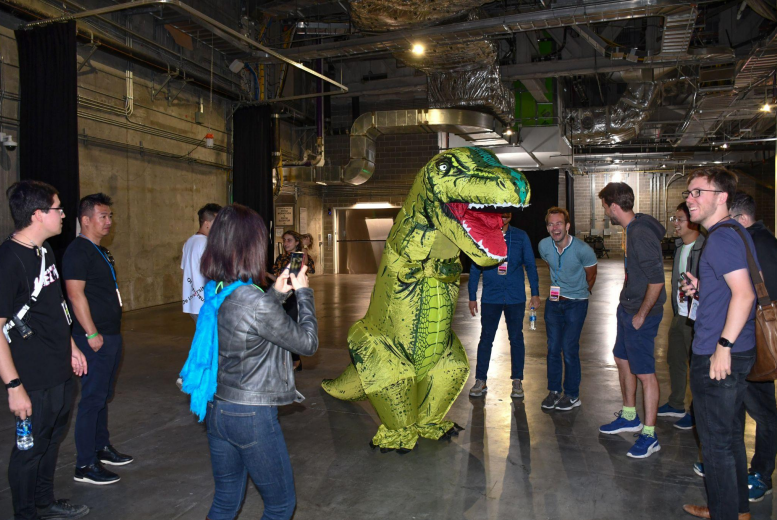 The event was co-hosted by De University of Ethereum (UETH), an education-oriented nonprofit whose goal is to bring mass adoption to Ethereum. It was sponsored by SNZ, a crypto-native venture capital firm. SNZ has been supporting the Ethereum community since its early days and helped develop the Ethereum community in Shanghai as early as 2016. 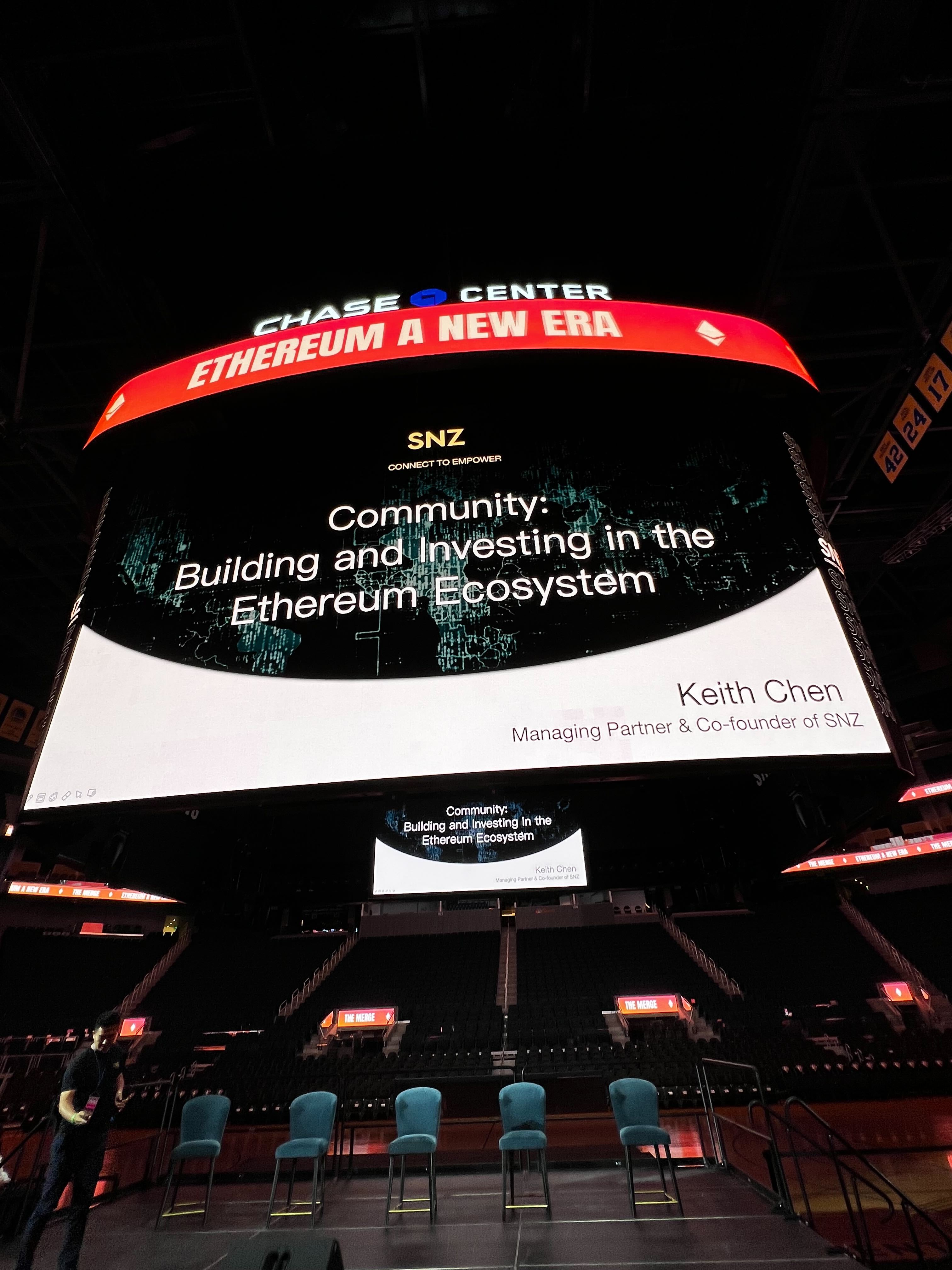 As with most Ethereum-oriented events lately, the main focus was on the Merge. For those who are unaware, the Merge is the Ethereum blockchain’s consensus mechanism switch from proof of work to proof of stake. This means that miners will be no more, and people can instead use their Ethereum as collateral to help secure the network.

Proof of stake has numerous benefits over proof of work. First, it is 99.95% more energy efficient, meaning that Ethereum will be much more compliant with ESG standards and more appealing to companies looking to follow ESG guidelines. Additionally, the emission rate of Ethereum will actually become deflationary, meaning that the asset will have a fixed or increasing demand with a decreasing supply, making Ethereum akin to a digital oil. Finally, anyone will be able to stake their Ethereum either directly or through a staking service like Rocketpool, Lido, or Coinbase and earn 4-6% annually in ETH. All of these changes put Ethereum in a position to be one of the strongest cryptocurrencies of the 2020s.

In his keynote speech, Vitalik mentioned that post-Merge “Ethereum’s top priority is to increase the Ethereum blockchain scalability.” This will be achieved in a few different ways, like through layer 2s such as Arbitrum and Optimism, but also through protocol-level upgrades such as sharding, which will effectively split the blockchain into smaller sections. The first version of this, proto-danksharding, will be included in EIP-4844 according to Vitalik, and it “will be the biggest EIP after the Merge.” 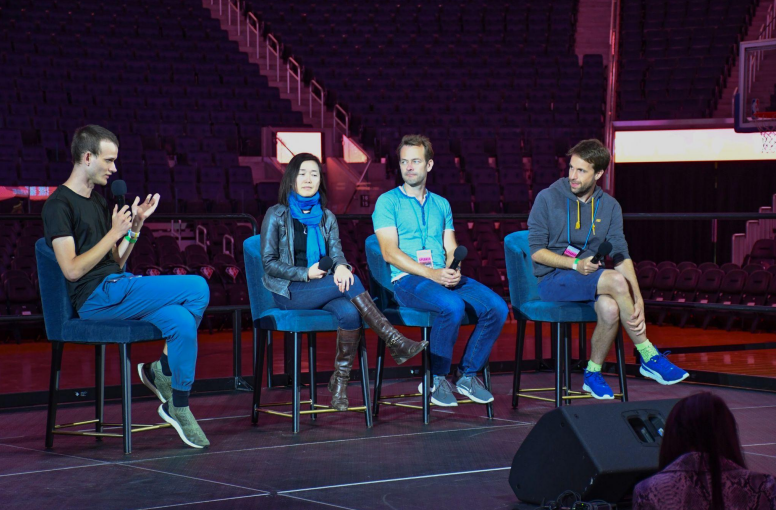 It is clear that everyone in the Ethereum community is excited for 6 years of hard work to culminate in the Merge and the switch to proof of stake. SNZ, which has been a backer of the Ethereum ecosystem for a long time, continues to invest in Ethereum-based projects and support the growing ecosystem. Only time will tell if the Merge becomes a catalyst event to make Ethereum a mainstream global platform, but it seems like many are optimistic that this could be what makes Ethereum achieve its goal of being a world computer.