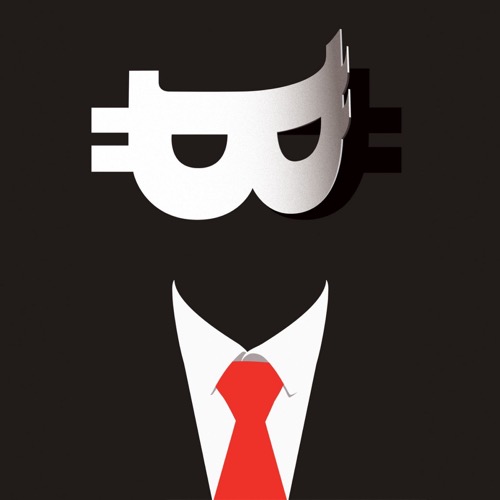 【The way to find Satoshi Nakamoto】Preface

1.1 The way to find Satoshi Nakamoto

1.2 Economic growth that may bring about two Kondratievwave

1.3 Satoshi Nakamoto's days lying down-win are over, and his days of struggle have begun

1.1 The way to find Satoshi Nakamoto

The matter of who Satoshi Nakamoto is has been studied by many people, and there are many weighty reports, but there needs to be a conclusion that the market agrees with. There are portraits of Satoshi Nakamoto on the market, which are the descriptions of gurus such as Hal Finny, Adam Back, Gavin Andresen, and others who have corresponded with him, as well as the impressions of those who have discussed and watched with Satoshi Nakamoto in various related forums. Due to the algorithm, early cryptocurrency participants hold more than 40% of the wealth, and their perceptions determine the direction of the blockchain; they also decide who they recognize Satoshi Nakamoto. If your conclusions don't fit this portrait, you must be wrong. For example, Auburn Satoshi (Graig Wright) BSV coin only had 22 mining nodes in July 2022, while BCH still has more than 900. Both projects are Bitcoin forks, and the node difference is so much that it is the dominant market force's statement: Auburn Satoshi is not Satoshi Nakamoto. Conclusions have to be based, and according to the U.S. trial system, jurors must be allowed to decide the basis and the correctness of the judgment. Who is Satoshi Nakamoto? The prevailing opinion of the market is the conclusion of the juror's right. In other words, whether Satoshi Nakamoto himself acknowledges the decision or not, as long as the market recognizes it, market forces are the ones that determine the consensus. Based on the picture, we will make a portrait of Satoshi Nakamoto and substitute possible candidates into it for comparison. The market may be wrong in the short term, but it must be right in the long time. I am confident that the prevailing market forces will vote in favor.

Our analysis is like breaking a case; you need more evidence to be convinced. Finally, we'll end research on Satoshi Nakamoto and discover the secret. Together with Satoshi Nakamoto, we bring explosive growth to Bitcoin.

Who Satoshi Nakamoto is is not a complex research topic; the key is to get the research methodology right. The contemporary Chinese economics guru I admire most is Weiying Zhang（张维迎）, whose research is characterized by: 1) writing essays with extensive references to materials as a basis, 2) deep thinking, and 3.)drawing conclusions that no one has ever drawn before and speaking boldly about them.

The research method for us is:

1) find all the information and research results of Satoshi Nakamoto as far as possible, which I call "All over sweeping";

It's an easy way for anyone to learn. It's all about your willingness to put in the effort. The research as an economist is over. And the cypherpunks want to use the program to realize their ideas and bring visible changes to humanity.

4) This article adheres to the spirit of cypherpunks; in addition to inviting out Satoshi Nakamoto, it proposes a solution to implement the bitcoin standard.

People who like to encrypt have an occupational disease and will leave passwords for people to guess. So add one:

1.2 Economic growth that may bring about two Kondratievwave

The advent of semiconductors, with the great John Bardeen, Walter Brattain, and William Shockley bringing the fires of heaven, ushered in 60 years of rapid economic growth for humanity, which was the growth of the real economy. Unfortunately, today we have lost the momentum of change, and economic development depends on blood transfusion. The emergence of Bitcoin has brought another fire in heaven, and the standard monetary ruler of human expectation has emerged. The Bitcoin standard is a long-term process that will drive innovation in the entire financial industry. As a result, humanity will likely see more than 120 years of rapid economic growth, the joint growth of finance, and the real economy, which is the picture of the new world. It is the conjecture of Satoshi Nakamoto's 132-year Bitcoin growth cycle. After reading his article, I know that he has a long-term view. Without a long-term perspective, we cannot reasonably explain his actions.

By studying Satoshi Nakamoto, discussing the gains and losses of Bitcoin, and decrypting its secret, people will understand its advanced ideas and inspire people to pave the way for future changes. Satoshi Nakamoto should have done this work, but he has gone to his "free and uninterrupted life ."(1) This article is to inspire him, to announce that his life as a hermit has come to an end, that his days of fear and anxiety have come to an end, and that a new and happy struggle of hardship and suffering has begun.

Cryptocurrencies have come to this day and have stirred up the world. The night before Bitcoin took off, none of the original narratives was enough to drive it to further growth, and Bitcoin has always hovered at the bottom. This article guesses the password of Satoshi Nakamoto and draws the natural growth curve of Bitcoin accordingly, which is a 132-year growth cycle curve. Generally speaking, after 10% of the cycle period to enter rapid growth, Bitcoin has already reached this stage. From the current situation, the product is mature, and the main reason is that the ecosystem is not too ripe. I looked at the report of Binance; the last statement was a year ago, is 100 million users, and this report is 120 million. If users can grow exponentially, they are still at the bottom.

How users grow is necessary to solve the problem of ease of use and the integrity of the consensus.

1) Ease of use problem. Blockchain public chain projects are fundamentally structured to learn from Bitcoin. Satoshi Nakamoto's success is a continuation of David Chaum's thinking but a revolution in structure. Without structural changes, blockchain's so-called underlying public chain projects are not enough to solve the ease of use problem and can only make Paypal or Alipay look contemptuous.

2) Insufficient public consensus. The defect of ease of use affects the growth of the number of people, resulting in a lack of consensus at the public level. Compared to gold, the number of people holding bitcoin is about 50 million, and gold is more than 3 billion. Gold has more than 50 times the number of people than Bitcoin, and in September 2022, Bitcoin's market cap is less than $400 billion, while gold is $11 trillion (2), more than 27 times Bitcoin's market cap. Compared with the number of people, Bitcoin is overvalued. The reason is the moat of Bitcoin's computing power and the growth period of Bitcoin. Gold, on the other hand, is already in its maturity phase. If the number of bitcoin holders proliferates, the price of bitcoin moves from a bottoming period to a high growth period. The core of the growth in the number of people has to address the ease of use. The ease of use of trade is no longer an obstacle, but the security of keeping user assets is still challenging to reassuring to users. This problem is easy to solve by changing the way of thinking. The key is to have a structural breakthrough like Satoshi Nakamoto, which will usher in a significant rise in bitcoin.

3) lack of official consensus. Compare this to gold, which is a global consensus, and bitcoin is not, which many people in the blockchain probably don't recognize. The lack of Bitcoin consensus is described later, specifically, how to solve the consensus integrity, relying on Satoshi Nakamoto. Unfortunately, Satoshi Nakamoto does not come out, which problem is insoluble.

4) Another big reason that bitcoin has yet to take off is that the narrative needs to be corrected. The description now is as digital gold, and this narrative does not understand bitcoin. According to this narrative, bitcoin is, at most, gold. All alternative gold is only 11 trillion dollars. For bitcoin, this market value is not at all up. So how much should bitcoin be worth if it's a bitcoin standard? According to Hal Finney, known as Nakamoto's "Watson," it's worth $10 million a piece. We will show this possibility later in the discussion through the natural growth curve: the path and prospects of achieving the Bitcoin standard. Hal is worthy of being the second man in the Bitcoin community, and we will prove his intuition is sound.

1.3 Satoshi Nakamoto's days lying down-win are over, and his days of struggle have begun

There are many stories about the disappearance of Satoshi Nakamoto. Satoshi Nakamoto's project was just too perfect, and God could only make such an ideal project. Satoshi Nakamoto was a team; one person could not create such a project. Why did he disappear? Is it alive or dead? Is he a natural person or a pseudonym? If he were a real person, who would, he be? If it was a pseudonym, why did he remain anonymous? Why hasn't he appeared until today? When will he appear?

It is a tremendous waste to let genius like Musk and Jobs disappear for a long time. Progress is created by the elite, and most contemporary IT elites come from the U.S. Watching Satoshi Nakamoto grow up, I marvel at the tolerance of the U.S., but apparently, it has no room for Satoshi Nakamoto.

Satoshi Nakamoto is a symbol of his time, "These people, too, work part-time and set up companies, But the drunkard's intention is not the wine. These people often put their masterpieces directly on the Internet, which is open and freely available. The vanity hidden behind their noble faces is: how many people are using my stuff? The other kind of people, who give the impression of hacker image and behavior, all prefer to hide outside the view of traditional society and live their respective lives free and undisturbed." (1) They are the people of the future society, and Satoshi Nakamoto is worth learning for showing us how to lie down and win. The simplest thing is that Satoshi Nakamoto does not sell, you do not sell, the early block address account does not move, you do not move, and decades later, looking back, you can spend your old age in peace, which is the secret that this article will tell you.

Satoshi Nakamoto achieved the secret of lying win is to let the machine give him money; in the era of artificial intelligence, the increase in productivity, the value of people is getting higher and higher, robots and people compete for jobs, and companies can not afford to raise people, raising robots. The comparison is that you have a few bots that make money for you. What about people at that time? Free to participate in their favorite projects to obtain passive income, this is the future of the Satoshi Nakamoto show, work is life, life is work. Work because you love it.

Bitcoin is worth far less than gold's $11.2 trillion market cap, but what does "$400 billion" really mean?