4.5.1 The Central Bank of China is called Yang Ma

4.5.1 The Central Bank of China is called Yang Ma

The People's Bank of China has a nickname called Yang Ma. Mean mom. This nickname vividly illustrates the function of the central bank. The central bank issues money, stabilizes the economy, and the Federal Reserve also does this. The central bank also guides commercial banks; the most important thing is to control foreign exchange and stabilize the RMB exchange rate. There is a metaphor for the issue of foreign exchange control. A family earns money from working outside and returns home. Mother says you give me all the money, and I will provide you with vouchers. The family distributes materials according to the vouchers. If you go out, I'll give you foreign exchange, save it, don't exceed 50,000 US dollars a year, and I won't give you more. This voucher is RMB.

"Fortune" magazine said that the ten banks on the top 500 list accounted for 41.7% of the total profits of all mainland Chinese companies. Excessive bank profits will inevitably squeeze the profits of non-financial companies. If the profits earned by banks are not included, the average profit of the 126 non-bank companies on the list in mainland China in 2021 is only US$2.6 billion.

The above data demonstrates that industry and finance go hand in hand, and this comparison does not include the stock market. Moreover, in the real estate crisis in 2022, finance will shine even more brilliantly.

The distribution of vouchers depends entirely on Yang Ma's face. She moved her mouth and increased the deposit and loan difference, and the love son's profits would be all there. It is better to be born well than to work well. The competition is not about ability.

Control and adjustment depend on the human factor, and if it is not transparent, it will not be able to win the trust of the people. Decision makers will definitely make a plan that is most beneficial to them. Fairness does not exist.

It can be seen that the growth of the central bank's foreign exchange will lead to the rise of housing prices, and the two are in a corresponding relationship. That is to say, China's real estate is a reservoir for super-issued currency issuance. Of course, real estate is not a simple reservoir but another engine for economic development. It is another topic, so that I won't go into details here. What is super-issued currency? Generally, a person earns money to maintain his current and future life. Overissued currency is a currency that exceeds the needs of social consumption. Since the renminbi cannot flow freely, where will the extra money go?

The United States is the currency that the stock market and international markets absorb overissue. China's stock market is speculative. Making money is a very professional job, not suitable for public participation. Compared with the global market, the real estate market is underestimated. The land is scarce in big cities, and housing prices have no way out except to rise. Funds are very smart, and real estate has become a reservoir of super-issued currency and an economic engine. This cycle lasted for more than 30 years. As can be seen from Figure 2, in 2016, housing prices in Beijing entered an inflection point, and housing prices began to fall. At this time, the central bank's foreign exchange reserves began to decline, and total assets also fell. Subsequently, under the central bank's intervention, total assets began to rise, and the downward trend of housing prices stopped, and there must be a slight increase. The two graphs are very similar.

Today's housing prices are not low; the inflow of foreign exchange has turned into the outflow, the reservoir is gone, and the engine is turned off. What is the new driving force of the Chinese economy? In the absence of clear conditions, the central bank's strategy is to maintain the financial statements and play financial skills to keep real estate and the entire economy from collapsing. Obviously, the gray part has been enlarged. The gray region is the central bank's claims on other depository corporations. The targets are all commercial banks, but what is the quality of the mortgaged assets? Only God knows. The central bank unilaterally decides the purchase of assets by the central bank. If the central bank buys garbage, the currency released is still RMB. It is an act of diluting the "gold content." Like the Federal Reserve, this method purchased a large amount of subprime debt (MBS) to avoid an economic explosion. Currently, the central bank's foreign assets are 21 trillion yuan, and its total assets are 39 trillion yuan, which is Similar to the Fed's non-performing assets ratio. 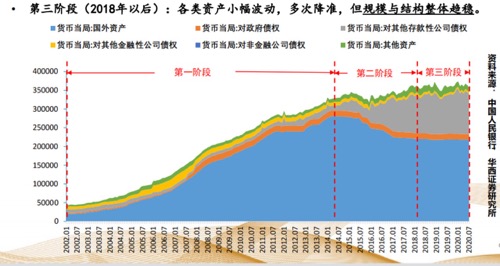 Figure 1 The Balance Sheet of the People's Bank of China 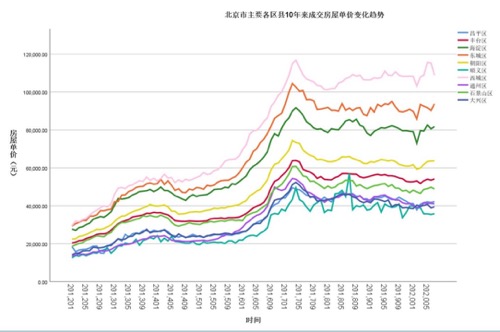 The central bank sets its price for the renminbi. If the same degree of subprime debt as in the U.S., there is no change in the RMB to USD price ratio. Similarly, when the U.S. dollar is recycled, the renminbi will also be recycled to maintain the same ratio of assets as the Fed's books and avoid depreciation of the renminbi.

But the collateral assets of the central bank are not clear. Will open market operations become the norm, equivalent to unlimited quantitative easing in the U.S. Who learns who doesn't know. I prefer the Federal Reserve to learn from the Central Bank of China and the Federal Reserve to learn further about the management of commercial banks, which is almost like Yang Ma. Fortunately, the United States needs to legislate, so it cannot be done.

The potential problem of the central bank of the People's Bank of China is the quality of mortgage assets. Due to its opacity, the outside world cannot evaluate it, so there is a risk of unreliable statements. This kind of untrustworthiness is transmitted to the stock market because the valuation of Chinese banks is extremely low. Industrial and Commercial Bank of China PE 4.2 times, China Construction Bank 3.5 times. And JPMorgan Chase is 11.5 times. The current stock price of ICBC is RMB 4.31, and the corresponding P.B. is 0.47, which means that the stock price is only 47% of the net assets. Discount over 50%.

The central bank has problems with asset quality, foreign exchange control, opacity, and randomness in operations. If these four major problems existed in a blockchain project, the project would have dropped to zero. I criticized the Federal Reserve in the previous section. Compared with the Federal Reserve, the renminbi is unqualified to even in the legal currency system. Moreover, the internationalization of the renminbi is almost far away. Therefore, there is no sign of changing the coupon status of RMB.

Due to issues such as opacity, a professional understanding of the Chinese economy requires observation of two indicators, the gap between the price of the renminbi and the index of a basket of currencies. This indicator reflects the central bank's attitude to the outside world; the frequency and quantity of open market operations reflect the attitude toward the domestic economy. The adjustment level of the central bank is good. Why not? It's hard for them, to drive such a lousy car very steadily! Because they have done an excellent job, it is more accurate than our judgment. Judging the actions of the People's Bank of China, as many analysts judge what the Fed will do. However, no such analysis report has been seen. Perhaps because the information is not transparent, it is futile to predict.

The RMB is said to be anchored by a basket of currencies, but it has not been seen that he adjusts his foreign exchange reserves proportionally. In fact, the exchange rate is adjusted according to the index of a basket of currencies, which has nothing to do with foreign exchange deposits. It is to find a benchmark for adjusting the exchange rate. So a basket of currencies is not an anchor. If you use your own treasury bonds to issue renminbi, it is the Federal Reserve. It is the method of the Federal Reserve in the credit currency era in 2007, which implies assets as the anchor. According to Yu Yongding's article, the international market held only 2.89% of all Chinese bonds, including treasury bonds, in 2020. Foreign countries have 30% of the global circulation of U.S. debt. So this road is also very far away.

The Chinese government has a lot of land and state-owned assets. Can they be used as anchors? It is an advantage that the United States does not have. Resources are good resources. How to make financial products similar to U.S. debt requires financial innovation. But the renminbi is not freely convertible globally, and it is also a hurdle that the renminbi cannot get around.

That is to say, if the issue of free convertibility is not resolved, the RMB pegged to the currencies of other countries will inevitably be affected by the policies of other countries. The status of the RMB, just like the projects on Ethereum, changes with the price of Ethereum. If you feel the RMB price is inappropriate, you can adjust it according to a basket of indices.

China ranks second in the world's ecology, just like the status of Ethereum in the blockchain, but the renminbi has become the U.S. dollar follower. When the stablecoin came out, all Ethereum ecological projects anchored the stablecoin no longer fluctuated with the fluctuation of Ethereum, and their status improved and became independent. This independence is relative to Ethereum; this project changed the anchor object.

To change the status of coupons, there must be a new anchor. In fact, Bitcoin is a good choice. I proposed the Bitcoin dollar standard, which may not be impossible to achieve with other currencies. However, the technical difficulty varies greatly. The Hong Kong dollar is the easiest to implement the Bitcoin standard other than the U.S. dollar, which we will discuss in the next section.