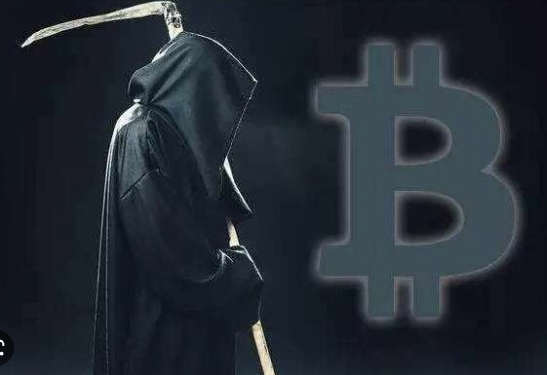 Should Satoshi Nakamoto come out?

5. Should Satoshi Nakamoto come out?

1. The real reason he left was for fairness

2. The departure of Satoshi Nakamoto marks the end of the trial period of the Bitcoin system

3. The departure of Satoshi Nakamoto prompted the formation of a community mechanism

4. Satoshi Nakamoto demoted himself to become a miner after leaving

5. Bitcoin production is coming to an end

1. Satoshi Nakamoto must abide by the rules of the community

2. There are many non-technical problems to solve

3. The prospect of Bitcoin's natural evolution is, at most, gold

4. Four-year halving is not enough to drive Bitcoin's exponential rise

5. Bitcoin standard as the world's largest application, can promote the rapid rise of Bitcoin

6. Satoshi Nakamoto fulfilled his promise to realize the dream of transforming the world

written in the back

Centralization is both good and evil and cannot be generalized. Similarly, it is reasonable for anarchism for human beings to abandon them.

Satoshi Nakamoto was left out of fear of legal persecution. Nevertheless, there were early signs of his departure, the most notable example being his natural body registered on the Bitcoin forum in October 2010.

1. The real reason he left was for fairness

At that time, the idea of decentralization was not as popular as today. People did not understand the mechanism of decentralized currency issuance as much as today, and people would suspect that the designer was fraudulent. In 2010, the system became stable and began to have a social impact. His departure will make the currency issuance mechanism fair because there is no master.

2. The departure of Satoshi Nakamoto marks the end of the trial period of the Bitcoin system

The bitcoin system is a tool for mining bitcoins, just like a mined gold's tool. A device is changed often, which means this tool is immature. Tools need to be repaired, but the structure cannot be changed. Satoshi Nakamoto's departure marks that the Bitcoin system's structure has not changed. The most comparable is Ethereum. The founder is still there, and he "fired" all the miners. Ethereum went from 1.0 to 2.0. As a result, the structure has changed. Today's Ethereum and yesterday's Ethereum have the same name. Bitcoin's "0.1 is consistent", sonorous and powerful.

3. The departure of Satoshi Nakamoto prompted the formation of a community mechanism

Satoshi Nakamoto is still here; decision-making will be centered on him. His departure is decision-making decentralization, which belongs to control decentralization. Bitcoin first formed a community mechanism in program development. The community is a consultation mechanism with internal checks and balances, which ensures that program development does not go astray. That is, it does not deviate from the Satoshi Nakamoto line.

4. Satoshi Nakamoto demoted himself to become a miner after leaving

The departure of Satoshi Nakamoto marks that the product can be offline. Anyone can use this product to make money; of course, Satoshi Nakamoto can. His mining continued until 2013. But this time, he is a Bitcoin civilian miner.

5. Bitcoin production is coming to an end

By the end of 2022, more than 19.6 million bitcoins will be mined. There are still 6.6% to be mined. This figure is nothing more than an annual inflation rate in the United States in 2022, and the inflation rate in the United States should be around 8%. From 2009 to 2022, the production process of Bitcoin and smooth production without accidents is the goal. This goal has been achieved. The current product development requires almost no development of the main network except for the second-layer technology. That means the first half is over. The rest of the job is aimed at selling things and promoting products.

Marketing must first be done by someone and the skills required are entirely different from those of production, so it should be market-oriented. It is the general law of product production and Marketing. Bitcoin is the product, and the Bitcoin system is the development tool. Satoshi Nakamoto is critical in the production and debugging phase of the Bitcoin system, and technical personnel are very important. In product operation and maintenance, the disappearance of Satoshi Nakamoto has more advantages than disadvantages, and technical personnel are still very important. But when all bitcoins are produced, the situation is reversed. At the end of the first half of Bitcoin, the importance of market personnel has risen, and the importance of users has increased. Bitcoin enters the second half, and the game's rules are entirely different. The law that Satoshi Nakamoto disappeared no longer applies. Technical personnel are less critical than market personnel and users.

Who Are Bitcoin Marketers? There are very few products in modern times that don't need marketing. Gold Doesn't Need Marketing. Is It a Role Model for Bitcoin? Wrong! Wrong! Wrong!

1. Satoshi Nakamoto must abide by the rules of the community

2. There are many non-technical problems to solve

I said in the previous article that the Bitcoin technical solution is perfect, but there are also regrets; for example, there is no foundation, which is not as good as Ethereum. There is no incentive for maintenance technicians. There are no rewards for older contributors, most notably Laszlo. "I'm poor and need a donation," he tweeted. He is a figure in the history of Bitcoin, so poor that everyone sighs.

Another example is that Bitcoin is too expensive; who can decide to move the decimal point to expand Bitcoin? It also includes establishing the Bitcoin user community, the foundation, etc. These require Satoshi Nakamoto to come forward to have enough influence.

3. The prospect of Bitcoin's natural evolution is, at most, gold

Gold is an ownerless system and it is also a natural evolution. However, it cannot prevent governments from abolishing the gold standard. Can Bitcoin's natural development fortune be better than that of gold? What's more, it can't replace gold. There is no such thing as pie in the sky; projects that develop naturally and not well-marketed projects will finally be off the stage by competitors. This situation would have happened long ago if it weren't for Satoshi Nakamoto's foresight and the opponent's super-weak level. Because Bitcoin is interdisciplinary, there are many experts in a particular field, but few people really stand at the height of Satoshi Nakamoto. Bitcoin is very lucky, and it is also the luck of humanity.

4. Four-year halving is not enough to drive Bitcoin's exponential rise

Many believe that a four-year halving is enough to drive Bitcoin up. The higher the price, the greater the market value and the greater the driving force required to promote the rise. If Bitcoin rises exponentially in four years, it must have the energy to drive the exponential rise. Where does the power come from? The number of people and the amount of money will increase exponentially. The volatility of Bitcoin is not as stable as big blue chips such as Apple.

In contrast, Bitcoin is a paradise for speculative funds. The volatility shows that the "trading depth" of Bitcoin is not enough; that is, there is not enough money. The reason is that the attention of mainstream funds is not enough, only diversified safe-haven funds are paying attention. The number of bitcoin holders is less than half of that of Ethereum. How can bitcoin raise the price if these problems are not resolved? Dreaming of marrying a daughter-in-law-a beautiful idea. How to promote the exponential growth of Bitcoin? It is only possible if Satoshi Nakamoto leads the hard work of the Bitcoin community.

5. Bitcoin standard as the world's largest application, can promote the rapid rise of Bitcoin

The rise of Bitcoin requires big applications, not payment, which is a paradise for stablecoins. The Bitcoin standard is large enough as an application, and it is also the most suitable application for Bitcoin, and any product is not easy to replace. It cannot be realized if Satoshi Nakamoto does not leave the mountain.

6. Satoshi Nakamoto fulfilled his promise to realize the dream of transforming the world

The realization of the Bitcoin standard is the largest application in the world, and it requires the appeal of Satoshi Nakamoto and the community's joint efforts.

The above is why Satoshi Nakamoto came out of the mountain. If he does not go out, Bitcoin can be benchmarked against gold, and the market value of 50,000 to 10 trillion will be the top. But it is not Satoshi's goal.

written in the back

Here is a brief answer to the user's questions. To understand this article, you must read chapters 10-13 of "Invite Satoshi Nakamoto to welcome the new world" and the Q&A articles in the previous sections 1-4.

This article was published in Bitui Serial.

2. Supplementary video explanation (need to over the wall in China)

This series of articles will be explained on Sun TV, and the papers and TV explanations are complementary. 10 episodes of the program have been made. The following is the program catalog:

Episode 2: Does Bitcoin Have Value?

Episode 4 The Root of All Evils in Fiat Currency

Episode 5: Past, Present, and Future of Bitcoin

Episode 7 Four conditions for the rapid growth of Bitcoin

Episode 10 None of the dead pioneers is Satoshi Nakamoto; he is still alive

TV corresponds to the 6 episodes of our article; that is, the program explains the article's focus. The approximate broadcast time will be around the end of January, and the specific time will be announced separately. Sun TV's link is as follows:

The whole program is divided into two parts. The first part proves who Satoshi Nakamoto is, and the second part is about the Bitcoin standard. The program will continue, followed by discussions and Q&A, hoping to form a Bitcoin-based theoretical system. Users are welcome to leave messages in the TV comment area, and viewers will be selected to participate in the conversation.