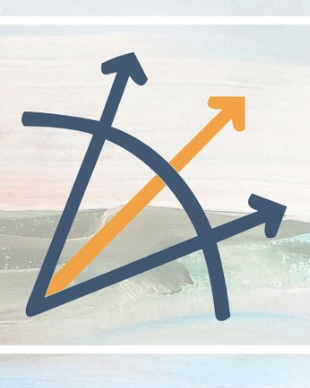 Three Arrows Capital Explore Options to Save Company; Is Babel Finance Next?

Summary: Cryptocurrency-focused hedge fund Three Arrows Capital (3AC) has hired legal and financial advisors to potentially rescue them amid their heavy losses from a broad market selloff in digital assets, according to a Wall Street Journal interview.  In addition, Babel Finance, a crypto financial service provider is also facing liquidity pressure and has frozen redemptions and ...

Cryptocurrency-focused hedge fund Three Arrows Capital (3AC) has hired legal and financial advisors to potentially rescue them amid their heavy losses from a broad market selloff in digital assets, according to a Wall Street Journal interview.

In addition, Babel Finance, a crypto financial service provider is also facing liquidity pressure and has frozen redemptions and withdrawals at this time.

“We have always been believers in crypto and we still are,” Kyle Davies, Three Arrows’s co-founder, told the Wall Street Journal. “We are committed to working things out and finding an equitable solution for all our constituent.”

This interview with the Wall Street Journal comes just two days after a report suggested that 3AC was facing possible insolvency after incurring at least $400 million in liquidations by undisclosed crypto lending firms.

3AC, with roughly $3 billion assets under management in April, lost a substantial percentage of their funds during the Terra Network collapse that saw its stablecoin, UST and its sister token, LUNA, lose 99% of their values in the course of a few days.

3AC, founded by Su Zhu and Kyle Davies, participated in a $1 billion token sale by the Luna Foundation Guard (LFG) earlier this year, by investing $200 million in LUNA, according to Davies. The funds secured by LFG went to a Bitcoin-dominated reserve to help maintain TerraUSD’s (UST) value.

That $200 million went to essentially zero after the collapse of the network, starting on May 9. In the early morning of May 9, LUNA was valued at $61 and dropped significantly over the course of three days, according to Bitpush Terminal data.

While Davies claims that 3AC invested $200 million in the project, other reporters have suggested that that number is much higher, including FatMan on Twitter, a member of the Terra Research Forum and FXStreet. Both of these sources projected that the 3AC had roughly $560 million invested in the project. Here is what FatMan had to say on Twitter after the initial Three Arrows insolvency report.

“The Terra-Luna situation caught us very much off guard,” Davies said, but they were still able to recover from the losses. However, the ensuing chaos the market went into, including the steady decline in Bitcoin, Ether and other prominent cryptocurrencies was too much for the firm to handle.

Now Three Arrows is considering asset sales and being rescued by another firm to save their company, Davies said.

Prior to the latest downturn in events for 3AC, they announced plans to move their headquarters to Dubai, a growing crypto hub in the world. The firm currently operates in the British Virgin islands.

Crypto is currently in the midst of a disastrous period, which has seen the total market capitalization go under $1 trillion, from its previous high last November of $3 trillion, according to Bitpush Terminal data. In addition to the Terra Network’s collapse, the decrease in total market capitalization and now Three Arrow’s insolvency issues, Celsius Network LLC, a high yield generation platform, froze withdrawals, swaps and transfers between accounts last weekend, citing “extreme market conditions.”

As a result, Tether has faced and denied rumors suggesting questioning their reserves that back their stablecoin USDT, and other rumors claiming they had exposure to Celsius and Three Arrows Capital.

In addition, FatMan has revealed that sources close to the situation told him that Babel Finance, a large Chinese crypto management fund, is currently facing nine figure losses, and could be next to go through their own set of challenges. FatMan then urged his followers that have exposure to Babel to get their funds out immediately.

That tweet was then confirmed by Babel itself in a statement on their website saying that given the recent turmoil in the market, they are facing extreme liquidity pressures and have thus decided to suspend redemptions and withdrawals from Babel Finance products. They said that when normal services resume, clients and users will once again be notified.

Here is their full statement below.

Last: Genesis Trading, BlockFi, FTX, Deribit and BitMEX Liquidate Amid Three Arrows Capital Insolvency Issues
Next: According to Bitpush Market Data, ETH is now $1079.66, down 0.23% in 10 minutes, falls below $1100 mark.